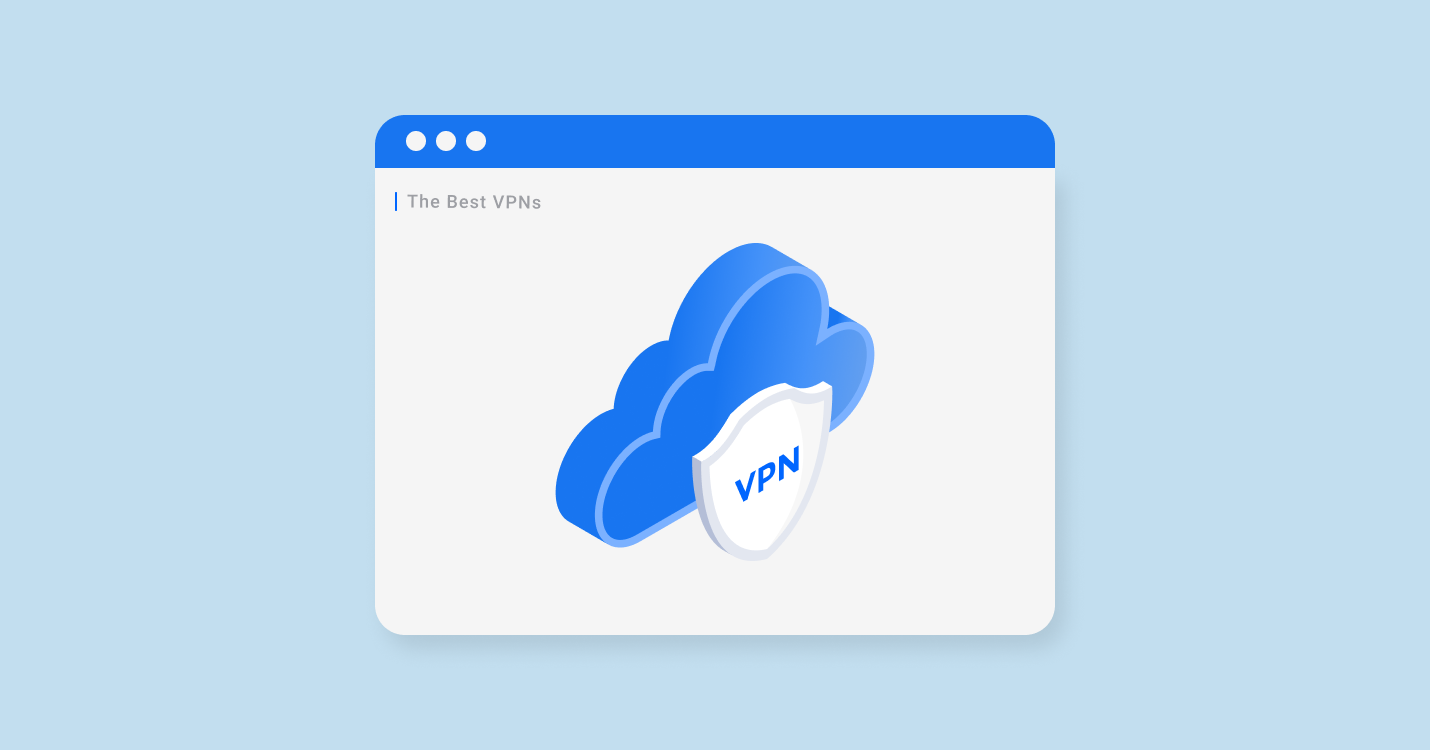 Crawl the website for technical issues and get a prioritized to-do list with detailed guides on how to fix.

Many people can’t imagine their life without browsing the Internet. However, in the modern world, it is not 100% safe. For instance, public Wi-Fi networks offer hackers many opportunities to access your device, steal your passwords, and even bank account information.

Luckily, you can use a VPN — a virtual private network. A secure server directs your internet traffic through an encrypted tunnel that no third party can peep into. As a result, you can keep your online activity private and access restricted sites and services.

The web is full of such solutions — but not all of them are equally good. How should you choose the best VPNs? Don’t worry, we’ve done the research for you! Have a look at the list below and pick the best VPN service.

Each of the VPN providers listed above has its advantages and a few drawbacks. We packed some essential information about them in the descriptions below. That includes available platforms, servers (and countries), support options, prices, etc. Read them carefully and select those of the top 10 VPN services, which suit you best. 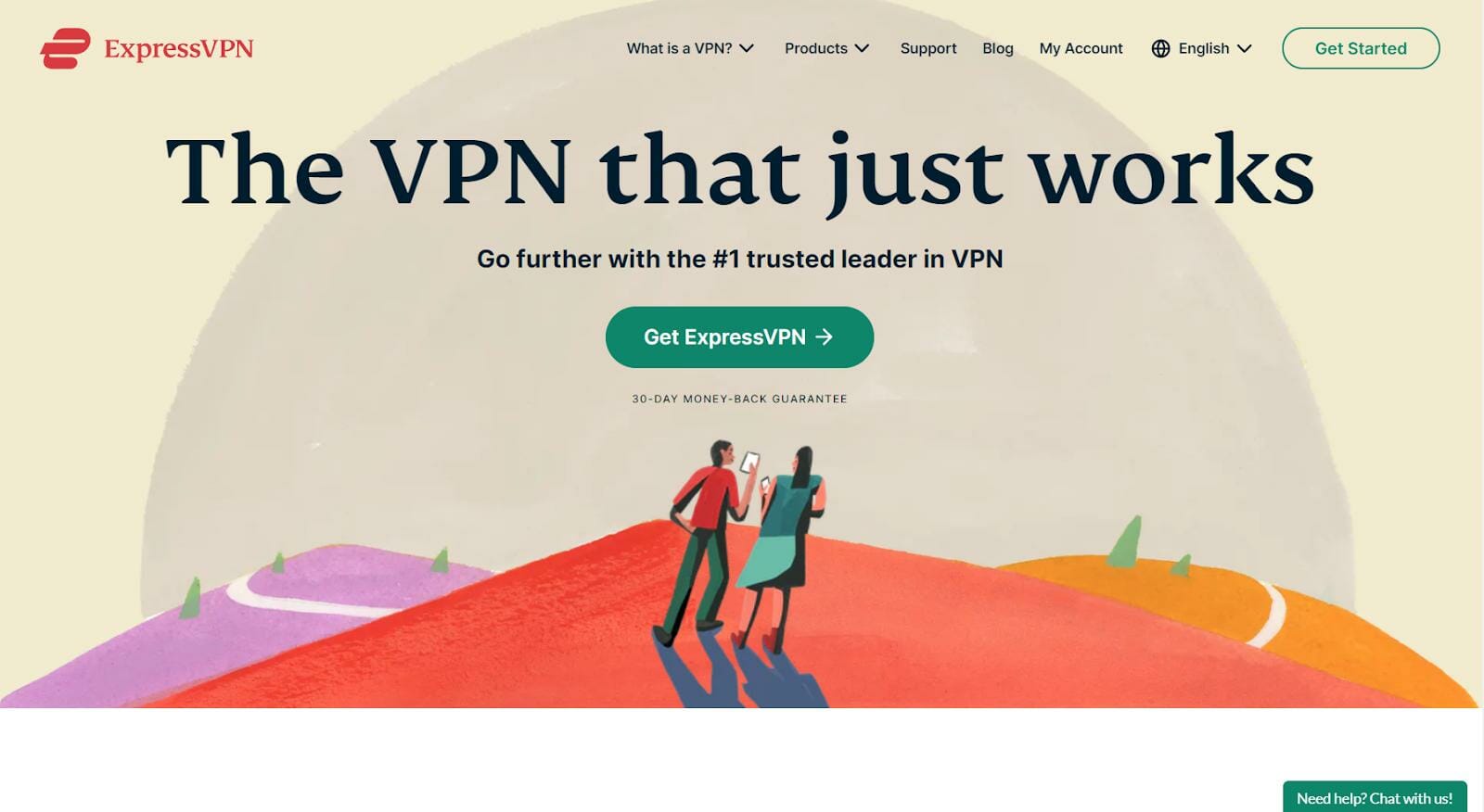 ExpressVPN is at the top of our list of the best VPNs as it offers the best combination of speed, security, and performance. You can use it almost everywhere. For example, getting an iPhone VPN is not a problem, as well as getting a version for computers.

ExpressVPN offers all encryption and security features you can expect from a top-rated VPN provider. That includes a kill switch, split tunneling, DNS leak protection, etc. Besides, it has a no-logging policy.

Perhaps, the only significant con of ExpressVPN is its price, which is higher than the average. However, if you consider its excellent reputation and numerous pros, it may be called the best value VPN. 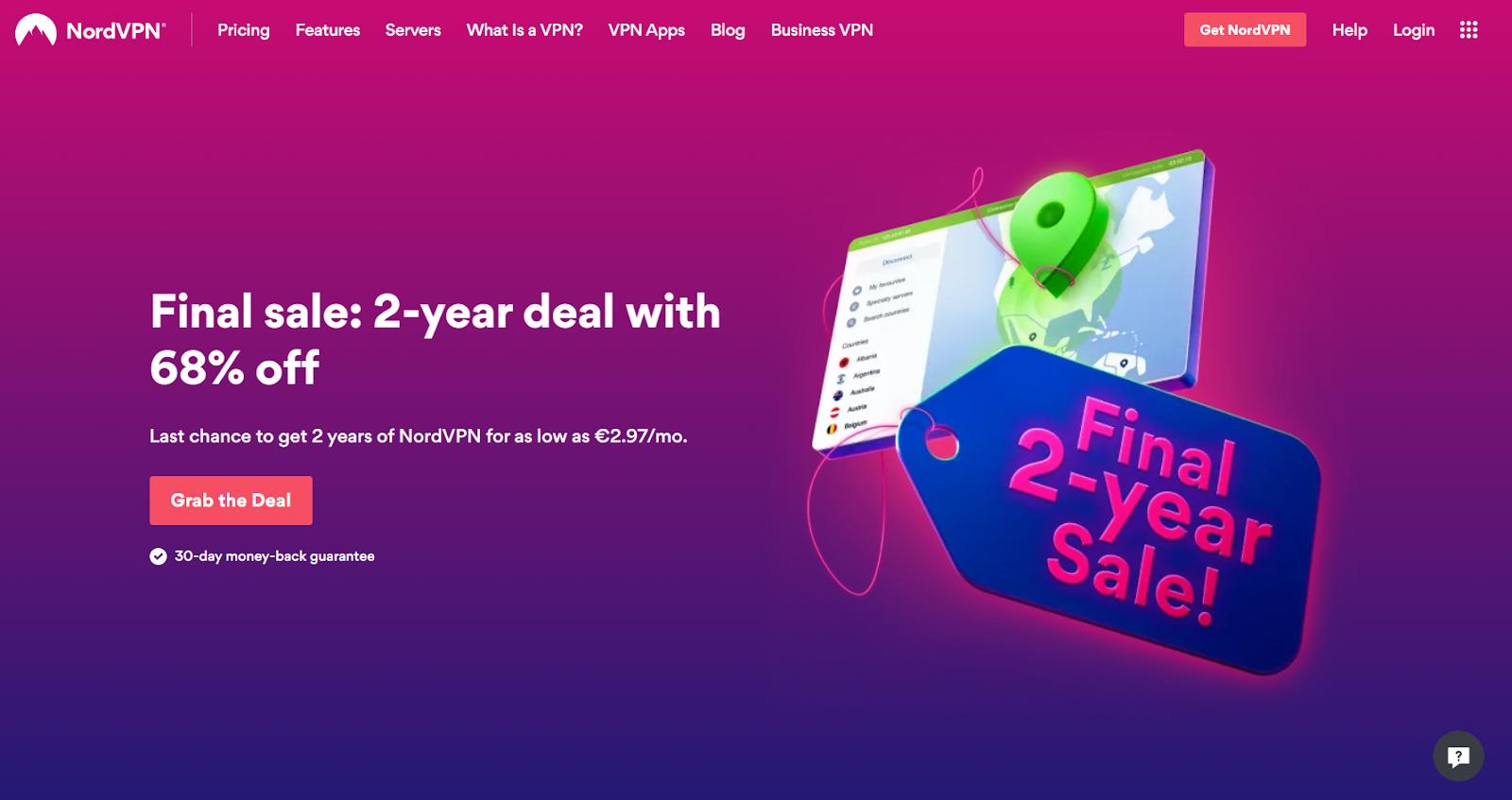 If you want to buy a VPN, digital security is one of your main concerns. Only a few providers offer double VPN, and NordVPN is one of them. Your traffic is directed through two VPN servers instead of one, so the data is encrypted twice.

It makes NordVPN the best VPN service for encryption. On top of it, the provider is based in Panama and isn’t obliged to collect or transfer your information to the government.

Some experts point out that NordVPN could have done more user-testing of its applications. For example, the destination cities are not in alphabetical order, and menus for specialist task functions may seem confusing. Nonetheless, those are only minor inconveniences. 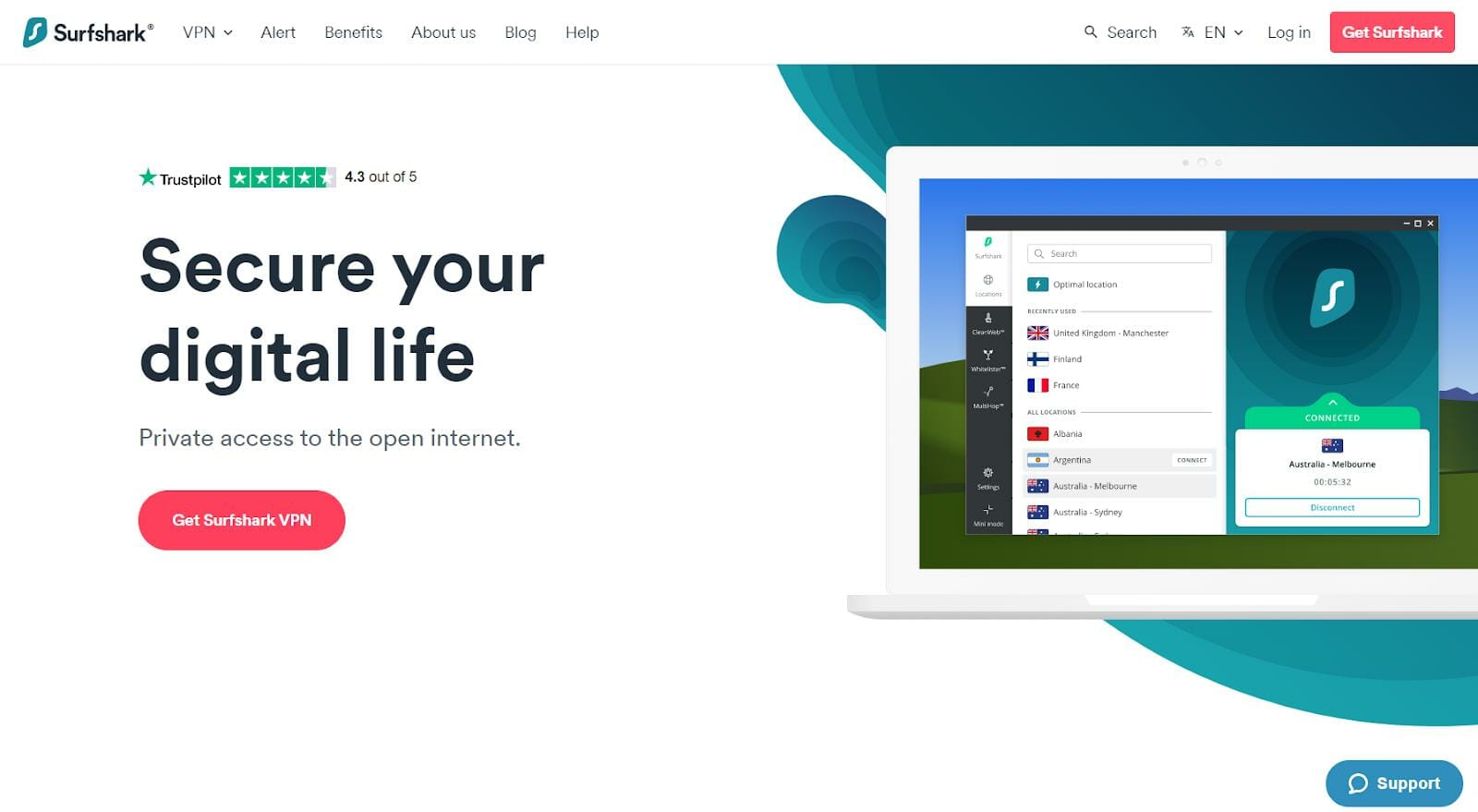 You get a different IP address every time you connect, so it is very hard to trace you. All that makes Surfhsark the best VPN service for Torrent users.

On top of it, Surfshark is based in a country that’s not a part of international intelligence agreements. Therefore, your data is safe from the prying eyes of the governments.

Some customers may lack phone support, but even the best VPNs often focus on emails and live chats. Surfshark’s applications don’t offer many features. However, they are quite user-friendly. 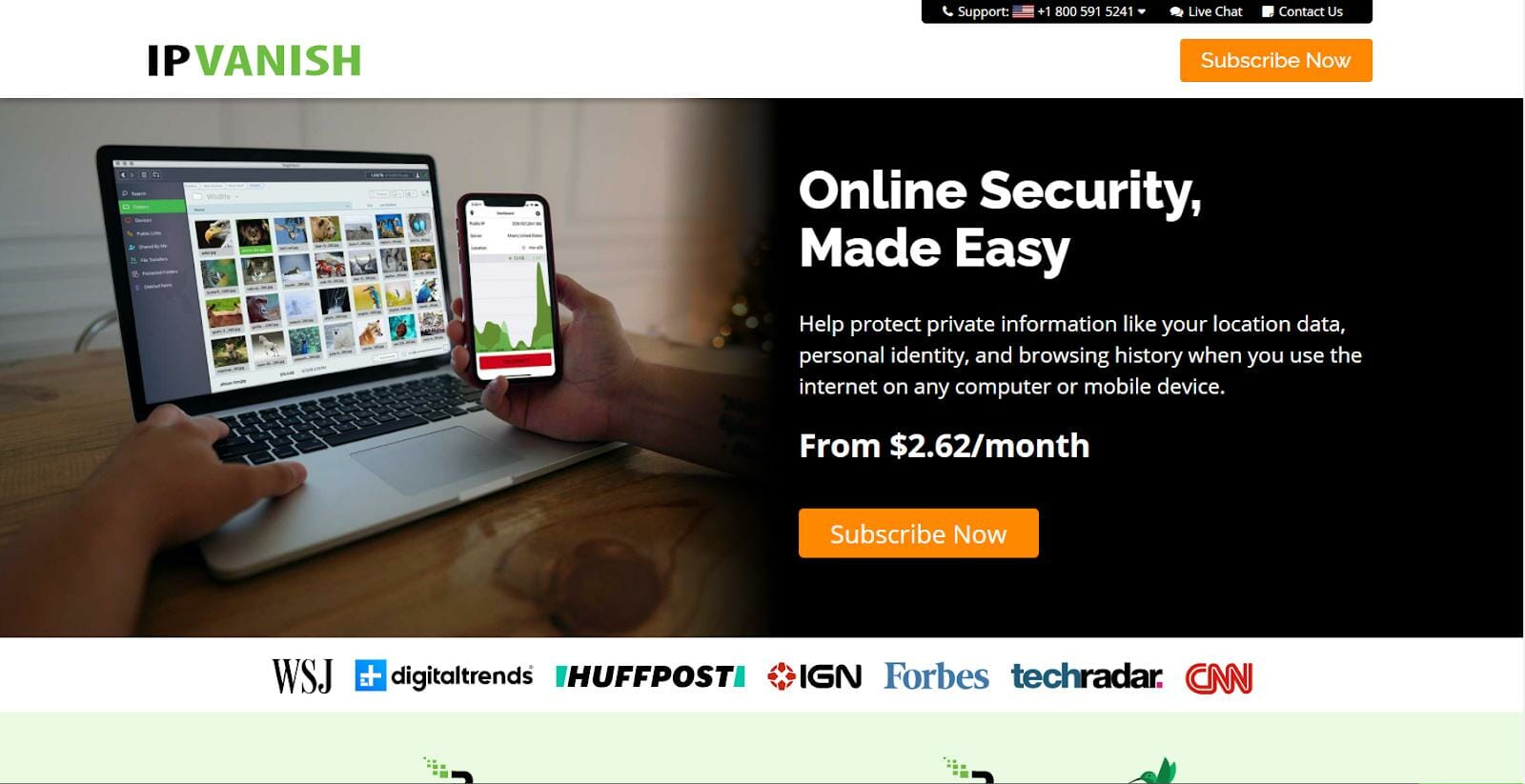 The next company from our list of VPN providers works especially well on Android devices. However, you can use it wherever you like. IPVanish has reliable encryption methods and allows great download speeds.

The split tunneling feature protects the part of the traffic you choose while you still retain access to local network devices.

The tests suggest that IPVanish works fine with Netflix but struggles with Amazon Prime Video and BBC iPlayer. Note that the company is located in the USA, which is part of major international surveillance networks. 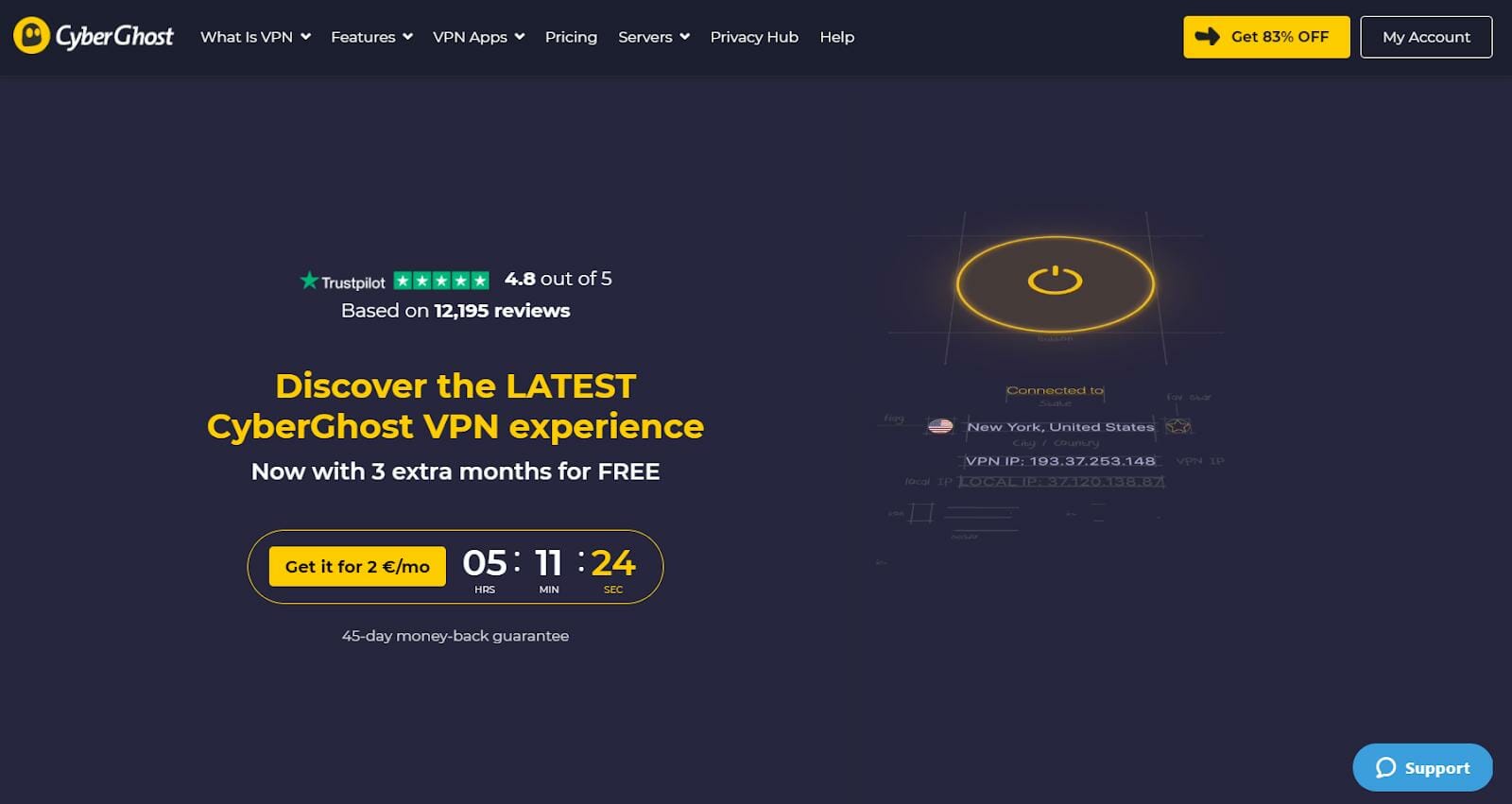 The VPN reviews suggest that CyberGhost is the best option for a Mac laptop. An average of 4,1 stars from around 30 thousand rankings on the App Store confirms that.

CyberGhost can automatically connect you to the server best positioned for your purposes. Besides, it can block trackers, ads, and malicious websites.

CyberGhost is one of the best VPNs on the market, however, it has some weaknesses. The reports suggest it may not be the best option for fans of iPlayer. The prices are quite low, but to get the best VPN deals with CyberGhost, you need to stay with the company for more than three years. This company offers the best speed among VPN providers. Therefore, you can watch Netflix both on your PC and your smartphone without any delays or lags. If you don’t want to spend money on a VPN, try the free Android version.

However, in this case, a daily restriction of 500MB will make using streaming services difficult.

However, if you are wary about international surveillance networks, note that Hotspot Shield is a US-based company. Besides, it isn’t the best VPN service for BitTorrent fans. 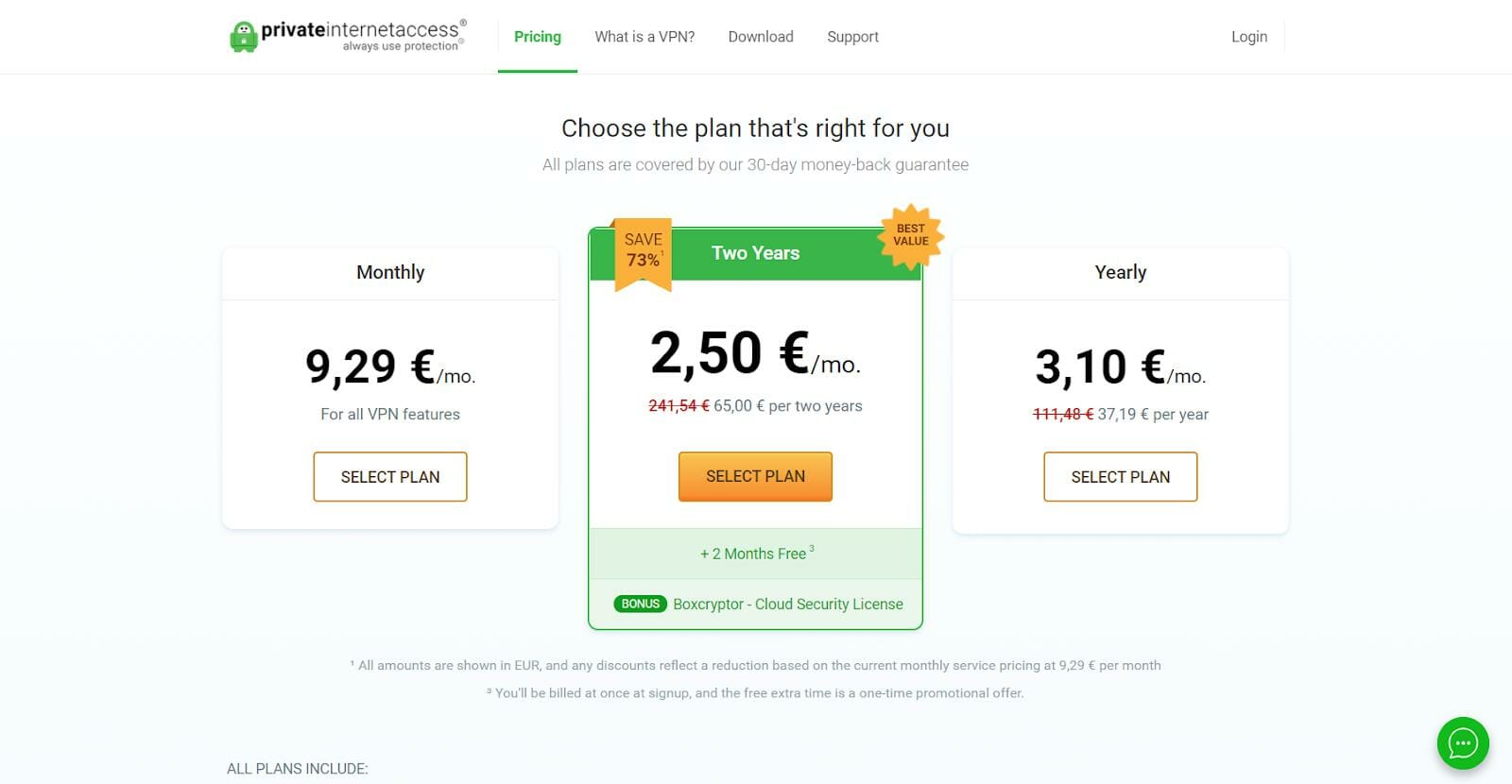 Tests on Windows-based devices revealed that PIA offers great loading speeds, making it the best VPN service for Windows. However, it also provides great apps for iOS and Android devices.

PIA is one of the best VPNs with a strict privacy policy. But you should keep in mind that the company is located in the United States. The latter is a member of the Five Eyes, Nine Eyes, and 14 Eyes international surveillance networks.

Besides, PIA performance on Macs is mediocre, as well as its customer support. 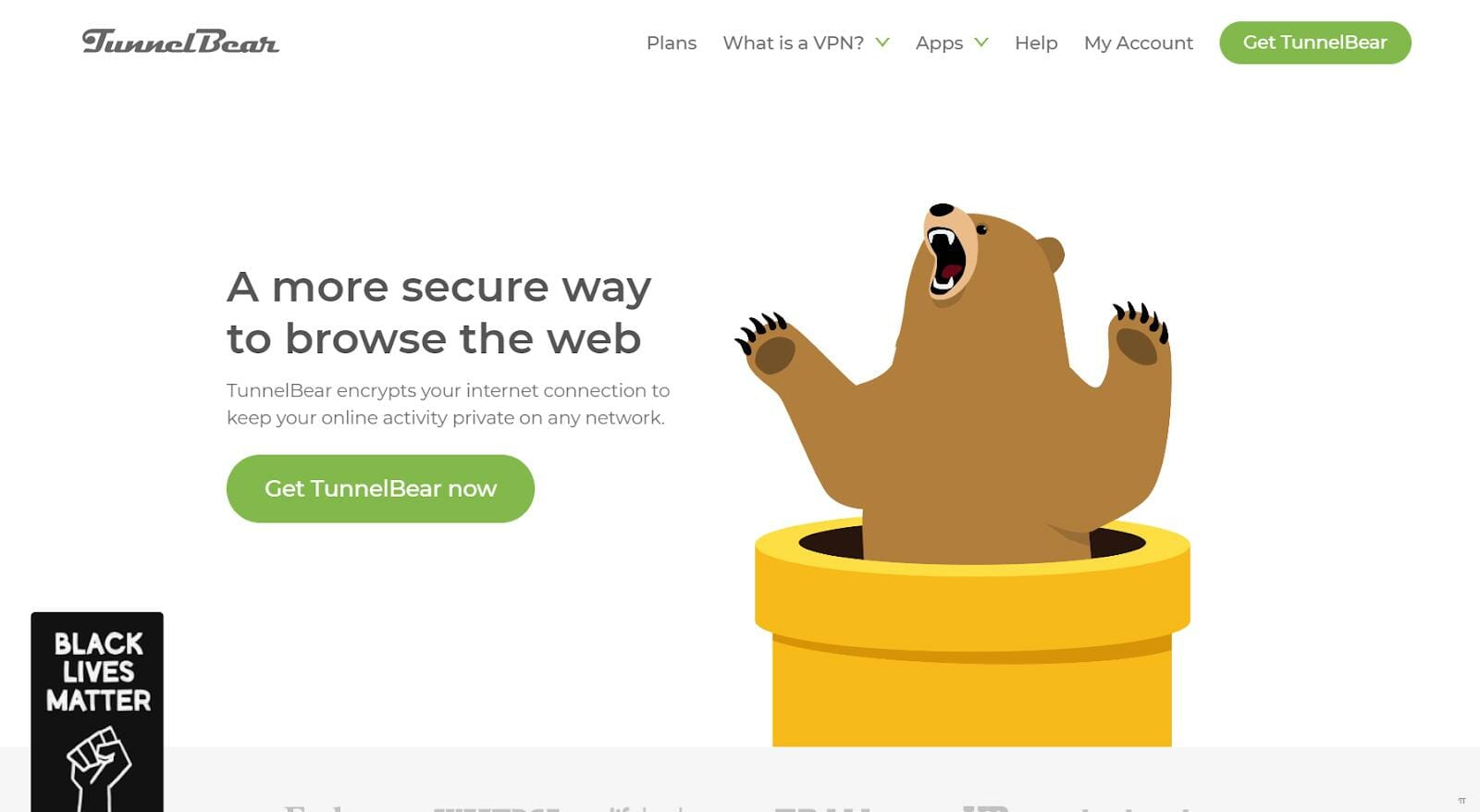 We’ve mentioned some cheap VPNs above, but few of them have free plans. Tunnelbear offers a free package with 500 MB of data per month.

That isn’t enough to watch TV or listen to music but may suffice for some basic web browsing. This plan is great for testing, so Tunnelbear doesn’t have VPN trials.

To get unlimited bandwidth, you should upgrade to a paid plan. However, Tunnelbear is a low cost VPN if you are ready to stay with them for one or three years.

Tunnelbear also has some weak spots. In particular, the absence of a money-back guarantee is puzzling, as it is industry standard. Besides, it has trouble with unlocking Netflix and BBC iPlayer. 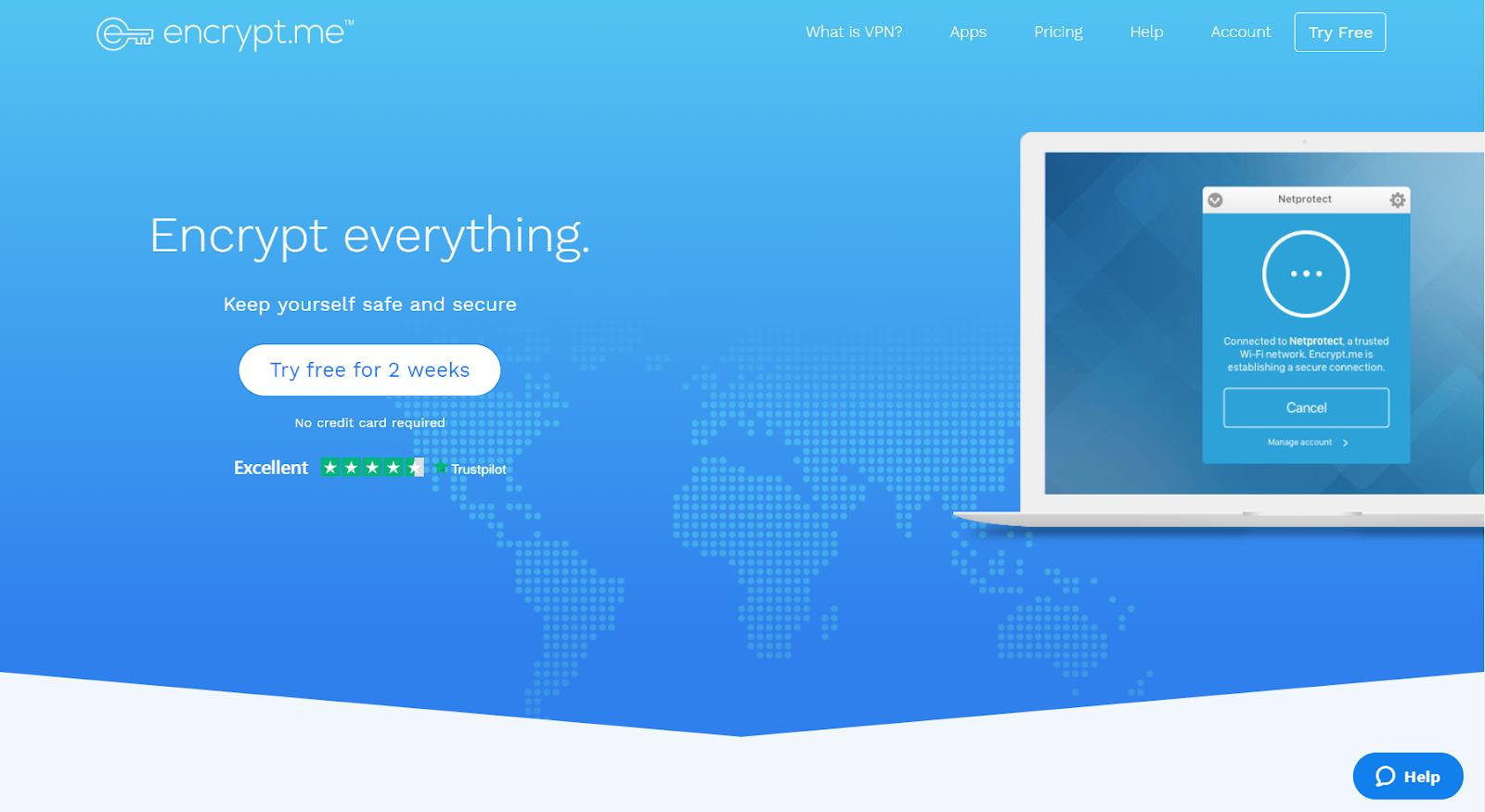 Encrypt.me isn’t so well-known as other companies from our top 10 VPN providers list. However, it offers digital security to an unlimited number of devices for a reasonable price.

Its Mini Plan includes 5GB of data for $2.99 per month. It’s the only of the best VPNs, which has weekly plans for $3.99. All that makes Encrypt.me the best VPN for multiple devices.

Note that Encrypt.me has some privacy-related drawbacks. It is based in the US and keeps customer data for 16 days before deletion. Another disadvantage is that it won’t help you to unblock Netflix. 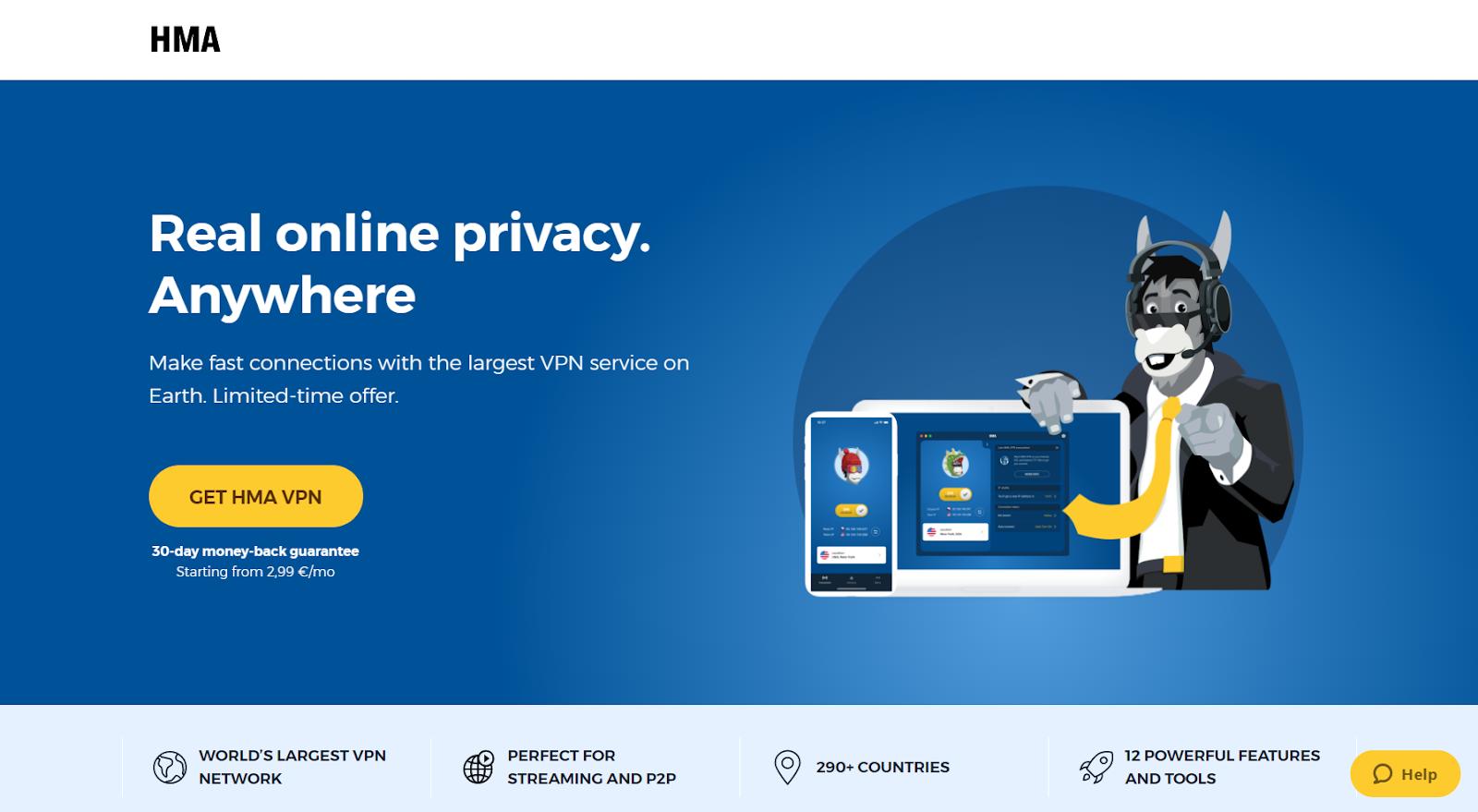 HideMyAss boasts the largest number of countries available in our list of the best VPNs. One of its distinguishing features is easily configurable options for Linux VPN clients or OpenVPN.

A detailed how-to guide for this operating system makes the installation easy even for novices. That’s why we recommend it as the best VPN for PC on Linux.

HMA isn’t ideal for streamers unless they only watch Netflix. Alas, it won’t unlock Amazon Prime Video, Disney, or + BBC iPlayer for you. However, P2P is allowed, so torrenting can be used.

How to Choose a VPN Service

The VPN market is growing rapidly as concerns about surveillance and hackers become more and more widespread. What should you pay attention to choose the best VPN service? Here are some of the main factors to consider:

Many VPN companies offer a combination of the same technologies, but their prices differ. Aim to get the most for the least money. Check for some extras like multihop connections or split tunneling.

You may not need those every day, but when the time comes, you’ll be glad to have them.

You might prefer to manage your VPN connections manually. However, that is quite tedious. Besides, you’ll have to install updates yourself and won’t be able to use extra privacy tools. That’s why an app with an easy-to-use graphical interface is a must.

There is no point in using a VPN if you don’t trust your provider. Look for some of the major services with a great reputation. The best VPN players are honest about their strengths and weaknesses and provide a clear-cut privacy policy. Some release third-party audits or a transparency report.

VPN Uses: 10 Handy Ways You Can Use Your VPN

The first thing most VPN services mention on their websites is security. But they’ve become so much more today. You can also use VPN to:

The Limitations of VPN Services

VPN services offer more and more complex tools to wipe out your digital footsteps, but they are not omnipotent. You should be aware of their limitations to save your personal data.

For instance, if you download ransomware or take the bait in a phishing attack, no VPN can protect you. Use antivirus software and two-factor authentication wherever possible. Create unique, complex passwords for each site you use.

You should also remember that advertisers evolve together with VPNs. They have multiple tactics to gather data on you, from browser fingerprinting to online trackers. Use anti-tracking features of the browsers, and check out dedicated tracker blockers.

To become totally undetectable, you should use the Tor network. It redirects your traffic through some volunteer nodes, which makes it much harder to track. Besides, Tor is essential for Dark Web exploration. However, it will slow down your Internet connection more than a VPN.

Using a VPN is considered legal in most countries, but not everywhere. China, North Korea, Iraq restrict or ban the use of such tools. Illegal activities, such as copyright infringement, are still considered illegal whether you use a VPN or not.

What is a VPN Good for?

A VPN is useful for protection against hackers and accessing geo-restricted content. Besides, it helps to avoid tracking and restrictions of various websites and internet providers.

What is the Most Secure VPN?

NordVPN is the most secure VPN. It offers double VPN, which means double data encryption. Besides, NordVPN is based in a country without strict data retention laws.

What is the Fastest VPN?

Hotspot Shield is the fastest VPN provider, as it affects internet speed less than other VPNs. On average, its use slowed downloads only by around 20% while uploads by as little as 13%.

Free VPNs have a greater chance of being infected with malware. Besides, most of them use embedded tracking for different purposes. A low-lost VPN from a reputable provider is likely to be safer and more functional than a free VPN.
Iryna Krutko

Iryna is SEO expert at Sitechecker. She is responsible for Web hosting categories and reviews. Obsessed with creating valuable content and analytics.